Today, Saturday, October 9, the Department of Foreign Relations received a Belgian delegation headed by Georges Dalmaghni, Member of the Belgian Federal Parliament and President of the Group of Friends of the Iraqi and Belgian Parliament, Philippe Vansteteste, Director of the International Association of Victims of Terrorism, member of the Board of Directors of the Association of Victims of Terrorism International and member of the board of directors of the Association French for victims of AFVT, European Union RAN Leader of the Action Group for Victims of Terrorism and Rodi Malak, volunteer advisor and journalist guide to the headquarters of the Department of Foreign Relations in Qamishlo, on a visit to the Autonomous Administration areas of North and East Syria.
They were received by the co-chair of the Department of Foreign Relations, Abdul Karim Omar, the co-chairs of the two deputies, Fanar Al-Kait and Abeer Elia, and a member of the department’s administrative body, Sana Daham.
During the meeting, the two sides discussed many files and issues related to the region, most notably the Syrian crisis, the administration’s participation in the political process and the Constitutional Committee, and the role of Belgium to contribute to its solution and support the Autonomous Administration of North and East Syria.
Abdul Karim Omar spoke about the importance of the participation of representatives of the Autonomous Administration in the political process, and the resolution of the Syrian crisis per international resolutions, in addition to the Turkish occupation’s continued perpetuation of violations in all its forms daily in Afrin, Ras al-Ain (Serê Kaniyê) and Tal Abyad (Girê Spi), and its continuation in its project to effect demographic change in the region.

Omar noted the increasing economic and medical difficulties faced by the residents of north and east Syria due to the closure of the Tel Kojar (Al Yaroubiya) crossing, which diverts arrival of humanitarian aid, medical supplies, and vaccines to confront the Corona pandemic for the population, especially with the presence of tens of thousands of displaced people and 17 camps in addition to the Al-Hol and Roj camps for the families of the terrorist organization ISIS.

For his part, Georges Dalmagni praised the role played by the Autonomous Administration in bearing the heavy burdens left by the fight against ISIS and the need for European countries to assume their responsibilities towards their citizens, and said, “It is very important for all European countries to take back these people so that they can be prosecuted if they commit crimes and Protecting the children as well, so this is a very important responsibility and we are very grateful that the Autonomous Administration is taking care of their families and keeping them in the camps, I think it is our responsibility to take care of these people as well as prosecute them and if they are a threat they should not be a threat to the people here so we have to stand on this issue.”
“We appreciate the size of the sacrifices he made and the suffering he is experiencing for the people of north and east Syria, and we will continue to provide them with security and humanitarian support,” Dalmnaghani added. 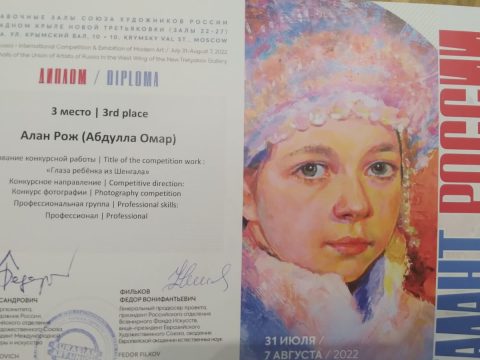 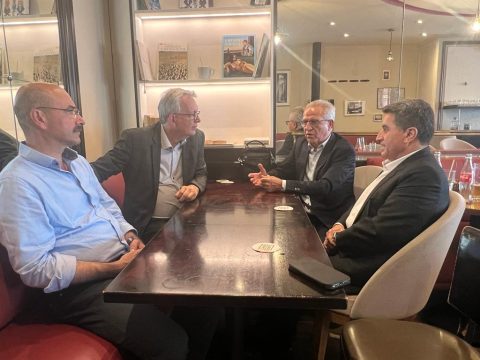 A delegation from the Autonomous Administration meets with the Vice President of the French Senate. 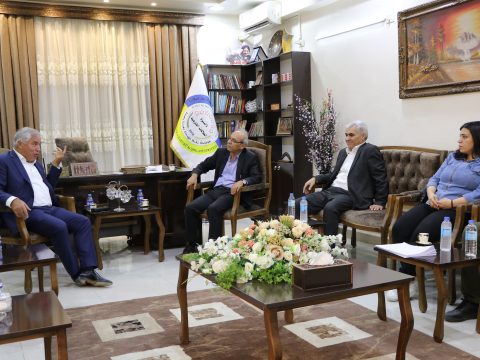